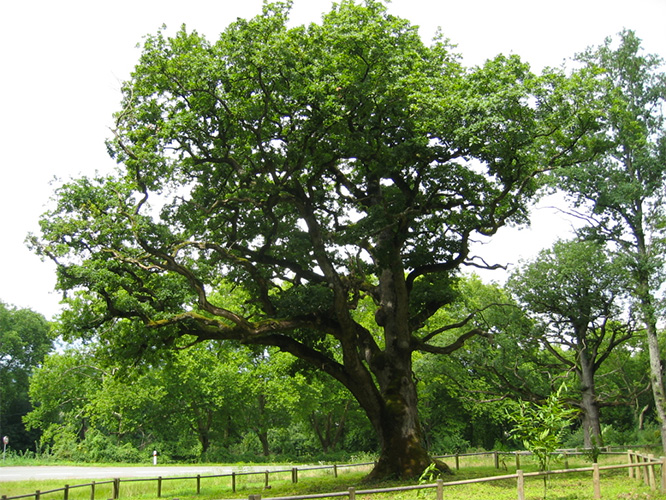 When it comes to wood, in the winemaking world there is a certain prestige that is afforded to french oak. The Quercus robur (common oak) and Quercus petraea (white oak) varieties have long been lauded for their desirable characteristics. White oak in particular enjoys prominent status due to its finer grain and richer contribution of aromatic components - a natural cocktail of vanillin and its derivates, methyl-octalactone and tannins, as well as phenols and volatile aldehydes.

We can attest to the quality and unique character of the French barrels. They've long been the Grade A standard for winemaking, and as a result tend to be pricier, though many winemakers will settle for nothing less. This wasn't always the case however. Following the 45th parallel from french forests of Nevers, Allier and Vosges, we stumble across the woodlands of Transilvania. While most of us instantly think of Dracula at the mention of it, the name of this region translates to a "country of forests", 6 million hectares to be exact. This lush expanse, nestled at the feet of the Carpathain Mountains, is home to one of the most coveted oak varieties of winemaking history

French coopers had stumbled onto the great Romanian Secret as far back as the 17th century. The most notable quote comes from French Consul Billecoeq, who stated in 1849: "there is no such a good quality of wood as the one provided by the Romanian Principates". While technically the same species, Romanian oak is influenced by local climate and soil, endowing it with some specific characteristics useful for the manufacture of wine barrels - a straight trunk, slow growth, compact structure, fine porosity, and a good content of tannin and flavor compounds.

The Impact of Seasoning

The weather patterns and microclimates of Romania's woodlands also contribute to the overall process of barrelmaking, which is a long and arduous one. Each phase of it must be overseen with great care to ensure optimal results. The oak must be very carefully chosen and split along the wood fibres. The oak for staves is smoothed and kept in the open air. The phase of natural drying of the oak occurs under all climatic conditions of rain, wind, cold and heat. This seasoning period lasts a minimum of 2 years, and affects the overall properties of the oak, and its impact on the flavor that ends up in your glass.

Stacking up the Competition

Compared to its counterparts in America and France, Romanian oak imparts a flavor that is more pronounced than the former, and a tad more subtle than the latter. It gets you close enough to the qualities associated with French oak, without going too far into the nutmeg and cinnamon spectrum of flavors intrinsic to french oak. The price is also significantly less, and as more winemakers stumble upon this ancient treasure we can expect to see a resurgence in the popularity of Romanian oak.

The Benefits of Leeching

Since the this flavor of oak features a typically fine grain, we've found that leeching the barrel helps keep the barrels locked in tighter, preventing too much evaporation and oxidation. Leeching is the process of letting the barrell sit for a while full of water to swell the fibers, and then emptying out before shipping. This process opens up the grain of the wood, forcing a tighter lock on the staves, and releasing a lot more of the inherent flavor, which is the reason you buy this wood in the first place.

Where to find Romanian Oak Barrels

You can order your very own right here on the site. As you can see from the link, we do provide pre-leeched barrels as well.

Where to learn more about Winemaking

If you live near Massapequa, NY - feel free to enroll in our beginner's workshop: Winemaking 101. This 2 hour crash course, featuring expert craftsman Peter Pagano, will make a competent winemaker of any novice. If you've ever been curious about this process, but found all the jargon too intimidating, this is the down-to-earth learning opporutnity you've been looking for.